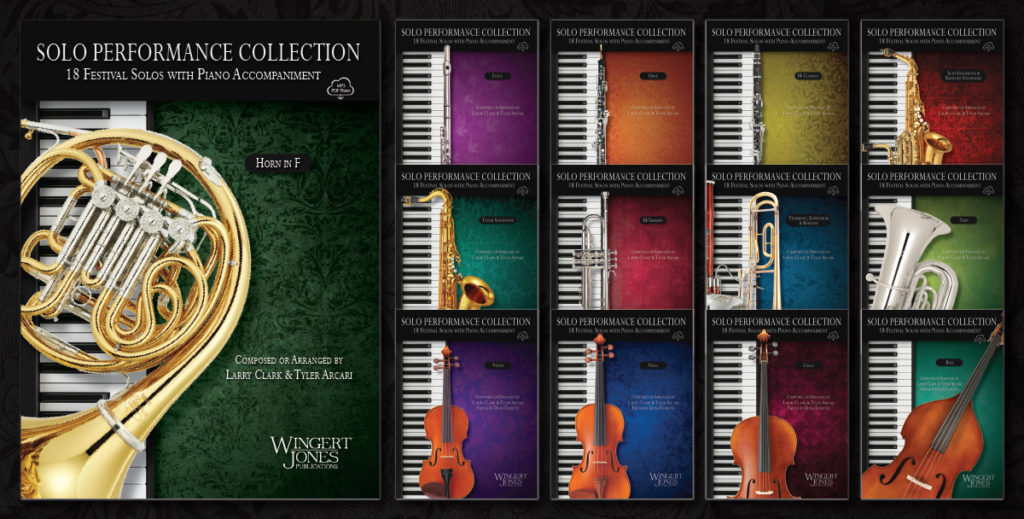 Composers and arrangers Larry Clark and Tyler Arcari applied their experience as music educators to write solos that are musically stimulating and fun to play. Pieces in the Solo Performance Collection books include well-known arrangements such as Poor Wayfaring Stranger, Erik Satie’s Gnossienne No. 1, Danny Boy and Schburt’s Minuet (D. 334) as well as new compositions from Clark and Arcari.

About Wingert-Jones Publications:  Founded in 1964, Wingert-Jones Publications started as a labor of love between two instrument salesmen with a passion for grand, high-end band music. Merrill Jones started small, attending the 1964 National Band Clinic with just one piece: Emperata Overture by Claude T. Smith. Wingert-Jones has grown into a nationally known publisher and has expanded its library to include orchestral and educational works. The Achievement and Early Achievement music series are among the most popular hands-on music learning collections in the U.S.

Wingert-Jones Publications – A Legacy of Achieving through Music

By Webmaster | September 8, 2022 | Comments Off on Wingert-Jones Publications – A Legacy of Achieving through Music

As a child of a music educator, music has been a fundamental part of…