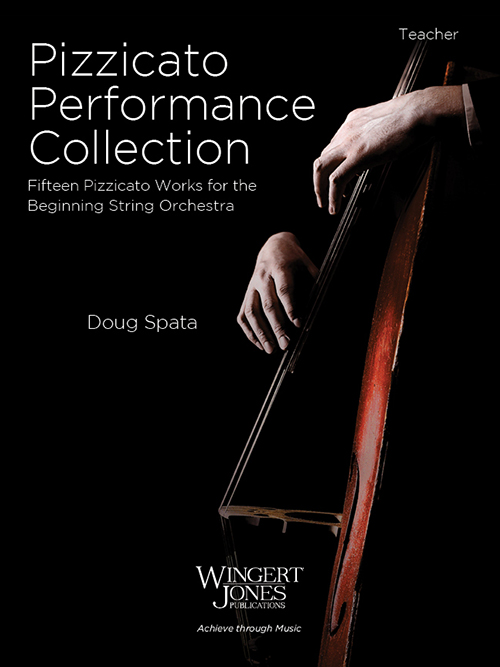 The Pizzicato Performance Collection by Doug Spata is a new supplementary resource for the beginning string orchestra. Beginning with only the open strings and progressively increasing in difficulty, this collection of fifteen original works can be used as a reinforcement tool at all stages of a beginners journey! Play-along tracks are included as a free download to add another layer of excitement for young musicians – likewise, the piano and drum set parts come included in the teacher edition for real live-performance opportunities. Energize your students with Pizzicato Performance Collection – a great resource for authentic performances early!

Though he is a clarinetist by training, Doug Spata's experience as an orchestra teacher has led him to compose primarily for strings. His unique style and close attention to the educational needs of student musicians have made his works favorites among teachers, orchestras and audiences and his award-winning music has been performed around the U.S. and the world. Besides music for student musicians, Mr. Spata has composed many other orchestra and chamber works for ensembles of all sizes.

Doug Spata was born in St. Louis, Missouri on August 1st, 1975 but spent a short span of his childhood in Kandy, Sri Lanka - an experience that sparked the lifelong interest in world cultures that informs much of his music. Mr. Spata's other interests include, art, movies, and history, all of which have influenced his compositions. He currently lives in Ohio.